Credits: Zealsambition
Note: Heroes in the same tier have the same ranking as they have different roles/properties.

This Idle Heroes Tier List contains all of the most important information regarding to the best Heroes in the game for you, helping you build the best possible teams that beat the metagame.

This Tier List is updated at least once every month regarding the new balance changes or to the new metas in game.

There are just too many Artifacts in the game right now and it is why mentioning only the best artifacts is not great for casual and free-to-play players. I will try to avoid recommending specific Artifacts (I would, maybe in the near future). I will give you the Key Stats of them so you can easily understand which ones you should focus on while building up your team.

This list of best Heroes in Idle Heroes could be great for both PvE and PvP purposes. The strongest PvE Heroes will be mentioned.

Credits: MKxJump
Note: Heroes in the same tier have the same ranking as they have different roles/properties.

The goal of this guide is to build up the most effective PvE team with the combination of top tier Support and Damage Dealer heroes in PvE Boss Fights. It’s recommended to have 3-4 Damage Dealers and 2-3 Support Heroes in your team.

You want to make sure that you can Break or Reduce the Armor and you want to have the Bleed/Burn synergy for your Phoenix/Fenlier monster. You also want to survive as long as possible. 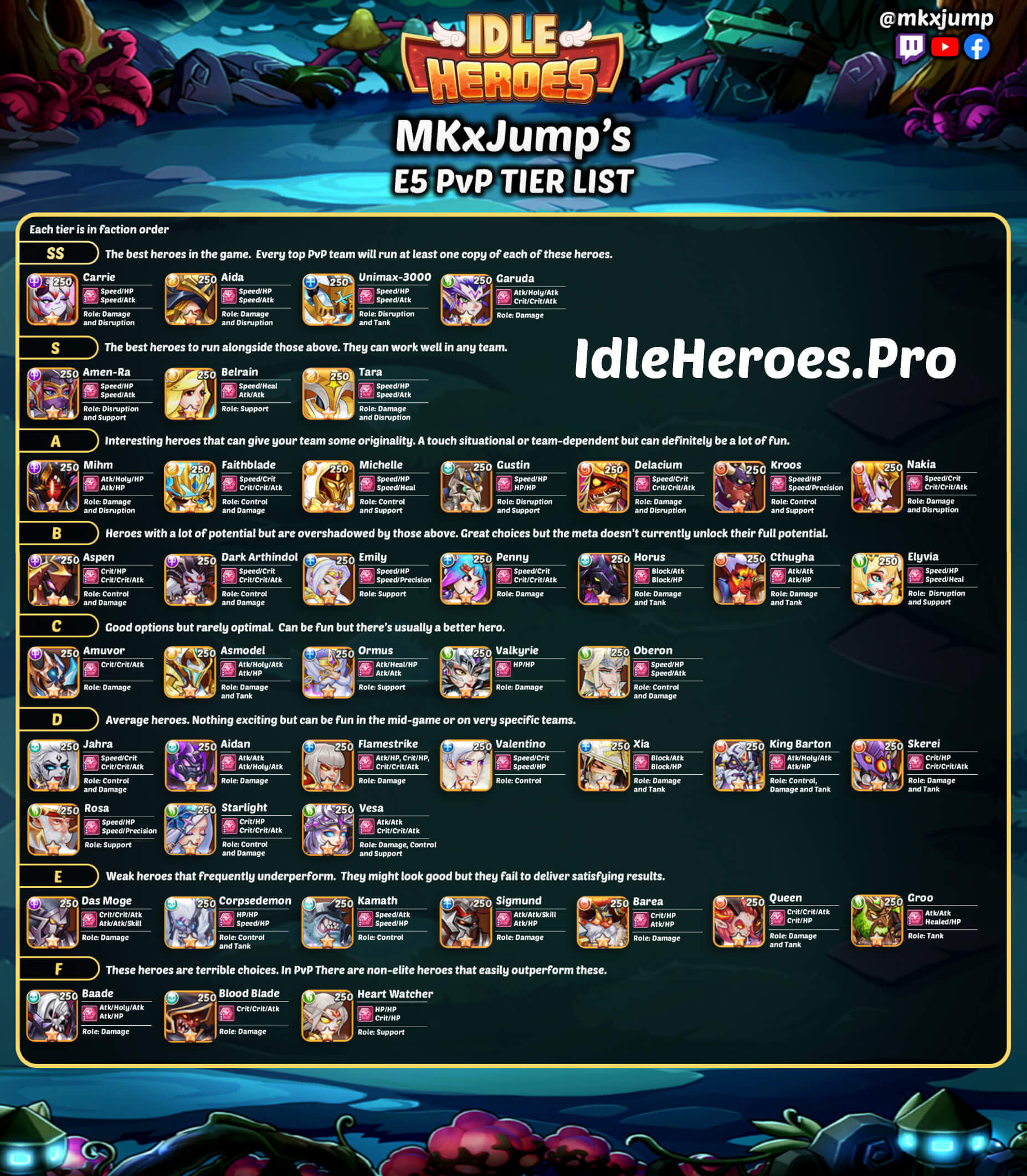 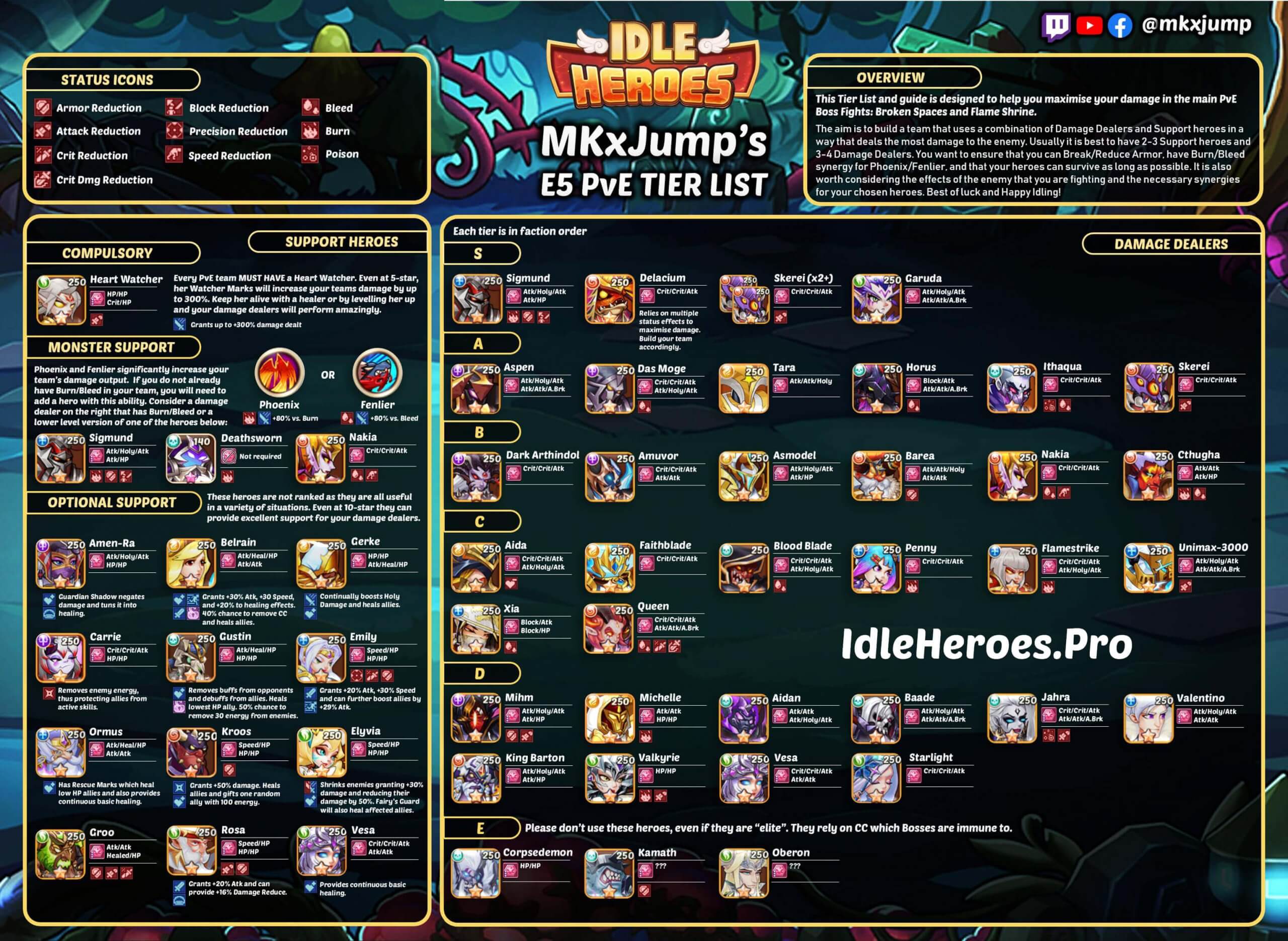